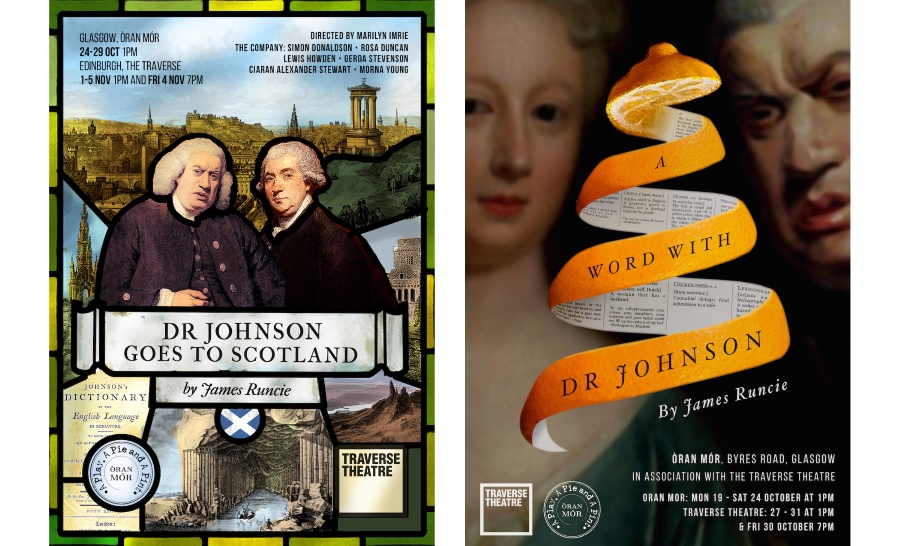 In 1746 Samuel Johnson began to compile his famous Dictionary. Despite his famous antipathy to Scotland (“a very vile country to be sure”), five out of his six assistants were Scots. How did they help him and what was the process like?

A Word with Dr Johnson is a celebration of a masterpiece that defined both the English language and Johnson’s own life.

First performed at Òran Mór, Glasgow and the Traverse Theatre Edinburgh in October 2015. The cast was: Mark McDonnell, Gerda Stevenson, Simon Donaldson and Ali Macrae: The director was Marilyn Imrie.