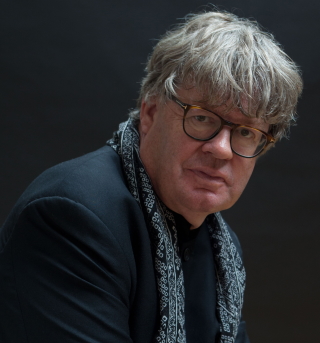 James Runcie is the author of twelve novels, including the seven books in The Grantchester Mysteries series. He is also an award-winning documentary film-maker, playwright and literary curator.

He has been Artistic Director of the Bath Literature Festival, Head of Literature and Spoken Word at the Southbank Centre, London, and Commissioning Editor for Arts on BBC Radio 4. He is a Fellow of the Royal Society of Literature.

His latest novel is The Great Passion, a behind the scenes fictional account of the composition, rehearsal period and first performance of Bach’s St Matthew Passion.

Later in the year Bloomsbury will also publish Tell me Good Things: On Love, Death and Marriage, a memoir of his wife, Marilyn Imrie.

He is also presenting a series about creative writing on Radio 4: Secrets of Storytelling.

The eighth series of Grantchester will be filming this summer.